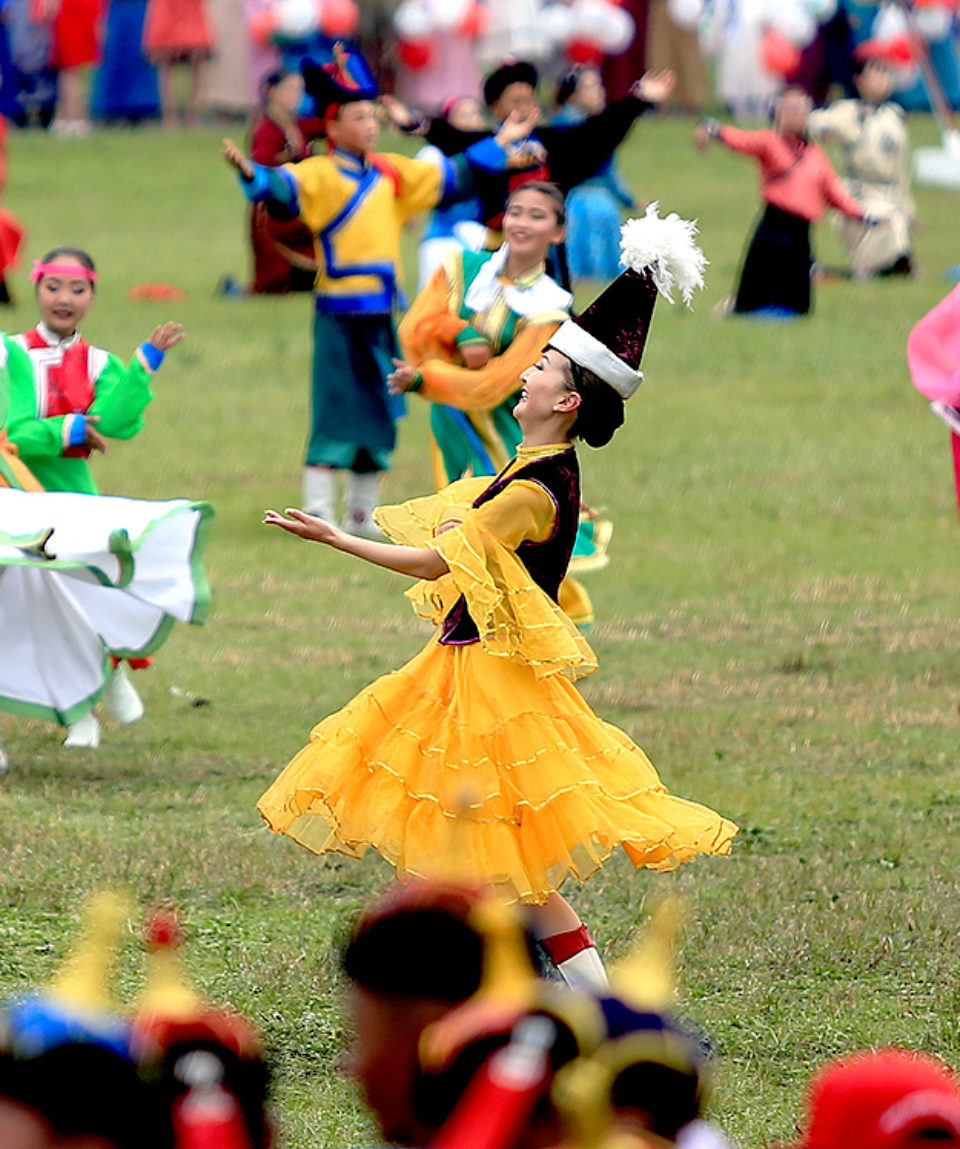 Spectacular scenery and memorable sights, plus the chance to discover Mongolian nomadic culture first-hand, by visiting our Naadam Festival Tour. The Naadam Festival, the highlight of our trip, was created for military purposes in the old days when ancient kings needed all warriors to be trained all the time. They came across the idea of having a regional and state competition for Horse racing, Archery, and Wrestling. Since then it is called as the “3 Manly Games”.

Join us for our 13 days Naadam Festival tour with a fantastic festival in a small local town which allows you to experience the authentic culture of Mongolia.

All about the Naadam Festival Mongolia | Cultural Tour | Nomadic Trails.

On this mind-blowing trip, you will be visiting some of the most recommended but least travelled places, that few travellers are privileged enough to see.

Intrepid adventurers will be rewarded with spectacular mountainous scenery and a chance to discover Mongolian nomadic culture first-hand, by visiting local nomad families and getting swept up in a fascinating local version of Mongolian Naadam Festival in Baga Nuur town.

With plenty of good walks in nature, culture, the thriving capital city of Ulaan Baatar and the epic Mongolian scenery, this Naadam trip will be like no other. Naadam Celebration is opened by a speech made by the head of the Bulgan Province similar to everywhere else in Mongolia. Followed by local folk singing and dancing in the center of the stadium, the festival offers interesting performances which are enjoyable to watch with the local crowd. The crowd will be wearing their traditional Mongolian costume called “Deel” looking like long colorful coats, including a more modernized fashionable Deel.  Flowery dressed little children in the crowd are more looking at shop corners who sell sweeties, colorful balloons, toys, and most importantly “Ice Cream” than the performance.

With hundreds of horsemen around the stadium in Bulgan town make the area even busier and full of life. Policemen trying to stop them with small luck.

Opening ceremony would carry on with big and strong wrestlers who wear traditional pants, men and women with bow and arrows coming into the stadium make the locals in the whole area start cheering … Unlike Western horse racing, which consists of short sprints generally not much longer than 2 km, Mongolian horse racing as featured in Naadam is a cross-country event, with races 15–30 km long. The length of each race is determined by the age of the horse. For example, two-year-old horses race for ten miles and seven-year-olds for seventeen miles. Up to 150 horses from any part of Baga nuur town, Mongolia can be chosen to participate. Racehorses are like athletes, they are trained, and also have special diets.

Children from 5 to 13 are chosen as jockeys who train in the months preceding the races. While jockeys are an important component, the main purpose of the races is to test the skill of the horses.

Before the races begin, the audience sings traditional songs and the jockeys sing a song called Giingo.  The top five horses in each class earn the title of “Airgiyn Tav” and the top three are given gold, silver, and bronze medals. Also the winning jockey is praised with the title of “Tumny Ekh” or leader of ten thousand. The horse that finishes last in the two-year-old class (the daaga class) is sung a song wishing him luck. Mongolian archery is unique for having not only one target, but a wall of small bowls.  It is played by ten-men/women teams who are given four arrows each; the team has to hit 33 “bowl of target”. Men shoot their arrows from 75 meters away while women fire theirs from 65 meters away. When the archer hits the target the judge says “uuhai” which means “bulls eye”. The winners of the contest are granted the titles of “national marksman” and “national markswoman”.

The matches are generally held in an open grassy field in a stadium just outside of Bulgan town. Since there are no weight classes a small wrestler can compete against an opponent twice his size. Traditionally, wrestlers were not equal matched. The host of a Naadam had the privilege to arrange these matches and would often lend their favorites an advantage. Sometimes such arrangements would result in serious disputes between hosts and visiting wrestlers.

128 wrestlers meet in a single-elimination tournament that lasts 7-8 rounds. Mongolian traditional wrestling is a time-limited competition in which wrestlers lose if they touch the ground. When picking pairs, the wrestler with the greatest fame has the privilege to choose his own opponent. Wrestlers wear two-piece costumes consisting of a tight shoulder vest (zodog) and shorts (shuudag). Only men are allowed to participate.

Each wrestler has on his side a judge called a zasuul. The judge sings a song for higher rank wrestler of praise for the winning wrestler after rounds 3, 5, and 7. Winners of the 7th or 8th stage (depending on whether the competition features 128 wrestlers) earn the title of Zaan or “Elephant”. The winner of the 9th  stage, is called Arslan, “lion”. In the final competition, all the “zasuuls” drop in the wake of each wrestler as they take steps toward each other. Two time winner-“Arslan” are called the champions, or the “Auraga”. 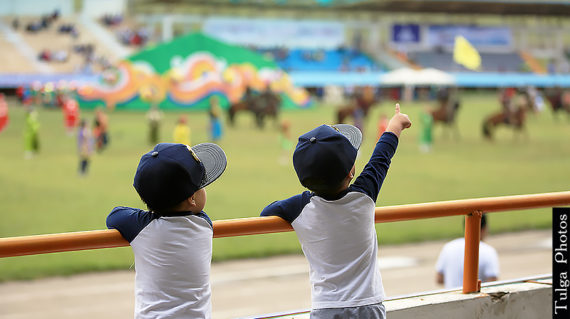 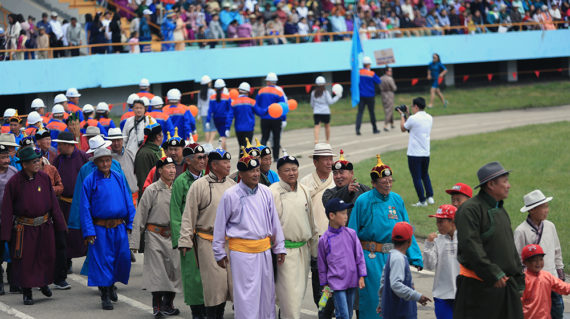 Many of our tours run without changes but please be advised that due to weather and other unforeseen circumstances domestic internal flights may not always run to schedule or on time. Your trip leader will keep you informed of any schedule changes as they happen.

There are more options in Ulaanbaatar city, Mongolia for better hotel, that we put effort into locating the most appropriate type of accommodation. It will be clean, comfortable, of a high standard and conveniently located where possible. If you would like accommodation for additional nights, we will be happy to arrange this as well. In most of the hotels you may be required to deposit your passport at reception. This is a perfectly normal practice and nothing to be concerned about. Be sure to retrieve it when checking out.

We stay in traditional ger tents, with bath facilities that may or may not be western style as well as shared facilities in the countryside. There will  be Tee-pee stay in Taiga-Reindeer herder’s camp.

There are many choices of cuisines are available in Ulaanbaatar city from Mongolian BBQ to Chinese, Korean, Indian, Mexican, Italian and French. There will be pretty simple eastern European type of meals provided such as Gulash, Meatball and more meat dishes. Even, there will be salads available in this tour but less green vegetables. Vegetarians, needed to specify our own meal preferences.

We have excellent chefs who will cook you fantastic food.

Book your tour at info@nomadictrails.com Daily breakfast (B), plus most lunches (L) and dinners (D) as shown in the itinerary

Maximum of 12 people in the group

Mini-vans and/or private buses or 4×4 jeeps

When we arrived we were fetched without any hassle and were pleasantly surprised that the car we were in was a Land Cruiser, which proved to be very comfortable. On the first evening Termuulen told us that the route we had wanted to go on was washed away by unexpected rain, but said we could still go if we really wanted to. We really appreciated that as my friend had singled out one of the attractions on that route as the reason for the trip.

We had a wonderful trip in Mongolia organized by Nomadic Trails. I highly recommend them to anyone considering coming to this wonderful country. Tulga, our tour guide is very knowledgeable and helpful, his driving skills also worth a praise and believe me, on these roads, it is a big advantage for someone like me with a motion sickness. They provided a cook for us, who exceeded all of our expectations. If you want a truly amazing experience just go with them!

My experience with Nomadic Trails was amazing. They took such good care of the four of us. I was blown away by the organization of our entire trip and the lengths they took to make sure we were well taken care of. The meals they prepared for us were far better than anything I ever make myself at home. We were kept warm, fed and safe. The Mongolian outback is rugged to say the least and some of the most beautiful landscape I’ve ever seen and our drivers navigated through it all seamlessly. Of course there were setbacks like getting stuck in the mud a few times and needing to reroute due to landscape issues, but it was all part of the adventure. Our tour leader, Khulan, was absolutely amazing and remains a friend of mine to this day. I cannot say enough good things about this company. They did such a good job of showing us their country and exposing us to their culture. It was an experience I will never forget.

Absolutely the Best Tour Guide ever in Mongolia! I have done my first trip in this beautiful country with them and everything was perfect! It was not just a trip but a real intense experience of this amazing place! I want to thanks all of the Nomadic Trails Staff for the amazing experience! Thanks thanks thanks! Nomadic Trails is the best to travel in Mongolia! 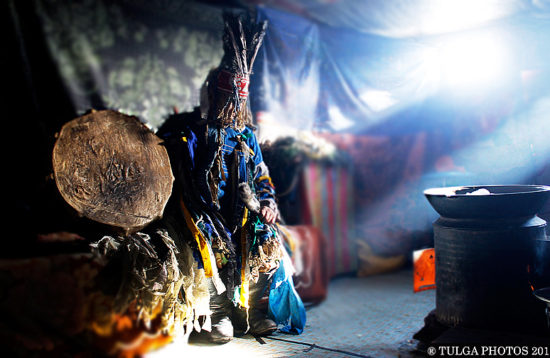 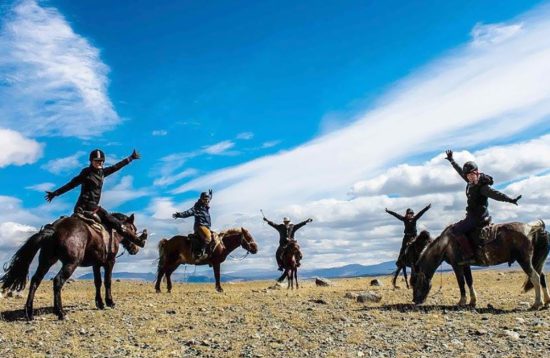 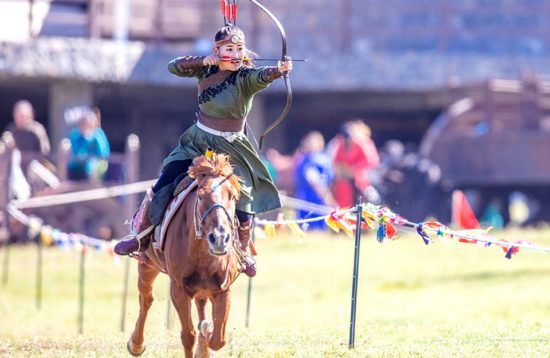 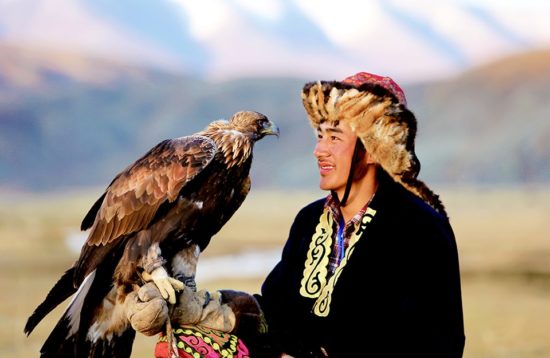