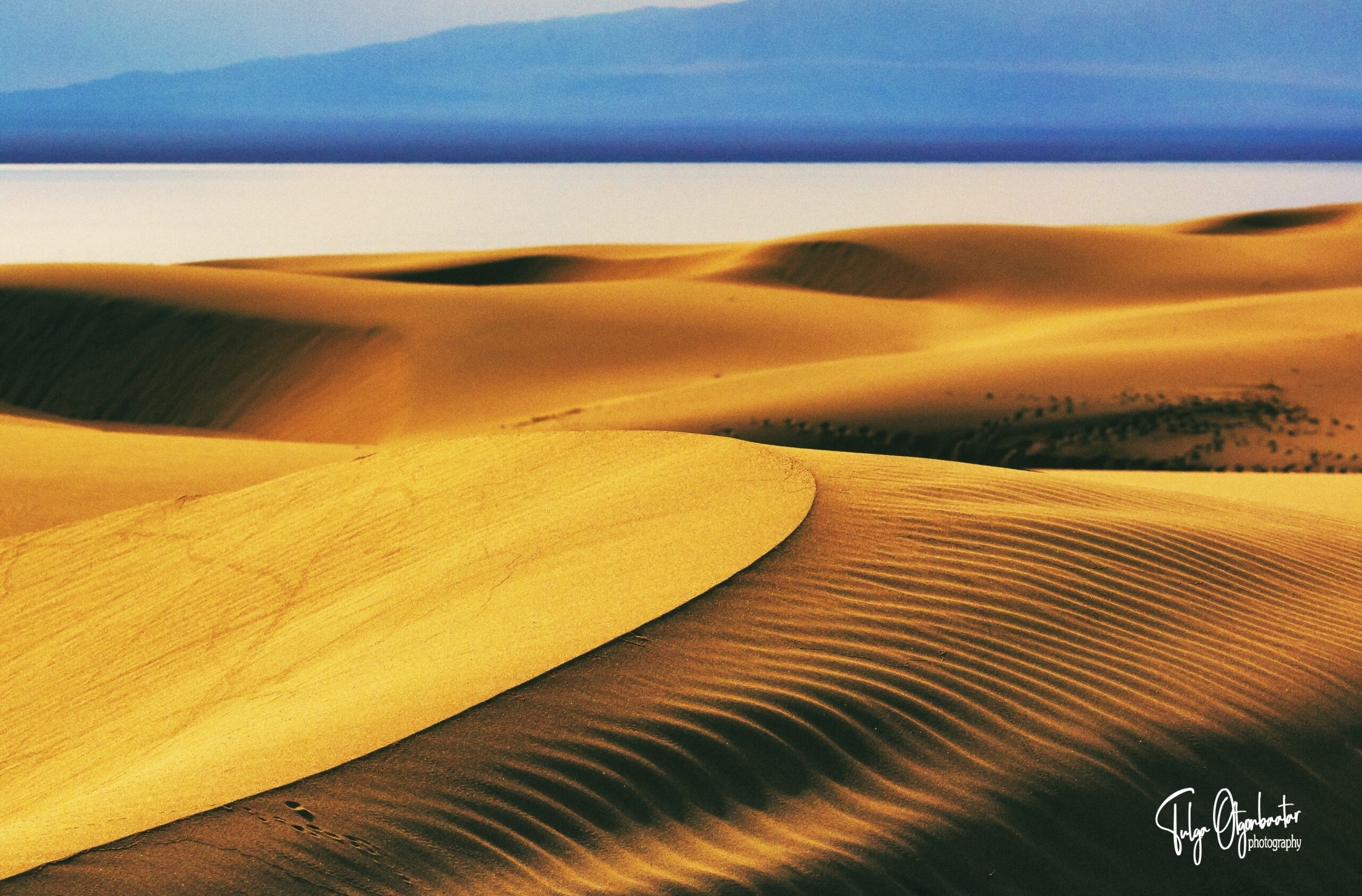 This article is filled with Mongolian gobi desert facts and all the must-see destinations of the Gobi with their pictures.

Where is the Gobi desert?

The Gobi Desert is massive. It measures over 1,600 km (1,000 mi) from southwest to northeast and 800 km (500 mi) from north to south from the Tibetan plateau to the Gobi Altay Mountain range.

The Silk Road and the Tea Road used to pass through a few towns and settlements in the Gobi. Moreover, it is the 5th largest desert in the world and is now extending more to the grassland in China.

What is the Gobi desert temperature?

The Gobi can be a surprisingly cold location, with frost and occasionally snow occurring on its dunes. Besides being quite far north, it is also located on a plateau roughly 900–1,500 meters /2,990–4,990 ft/ above sea level, which contributes to its low temperatures.

The lowest density of the population of Mongolia lived in the Gobi. ( lower than 0.4 people per 1 square km in 2017)

The most common vegetation in the Gobi desert are shrubs that have adapted to droughts through time.

Much of the Mongolian desert is not sandy but has exposed bare rock. There are different types of soil that indicate Tsaagaan Suvarga Canyons were once a bottom of an ancient sea.

American paleontologist Roy Chapman Andrews, who visited this amazing location in the 1920s, named the Flaming Cliffs of “Bayanzag”. Above all the area is most famous for yielding the first discovery of dinosaur eggs. Other finds in the area include specimens of Velociraptor and Eutherian mammals.

For more information about our tour to the Gobi, check out our “Khuvsgul Lake and Gobi Tour Mongolia”.

One of the most beautiful canyons in the Gobi – Hermen Tsav, continues about 25 km long and more than 10 km wide. There are different soils and sand dunes in the canyon being washed by flash floods over the years and are changing their shape.

There are 33 different deserts named after the Golden Gobi in Mongolia. Like Shargiin Gobi, Galbiin Gobi and Lama Gobi and etc.

Volcanoes in the Gobi

There are about 50 ancient sleeping volcanoes in the Mongolian Gobi. 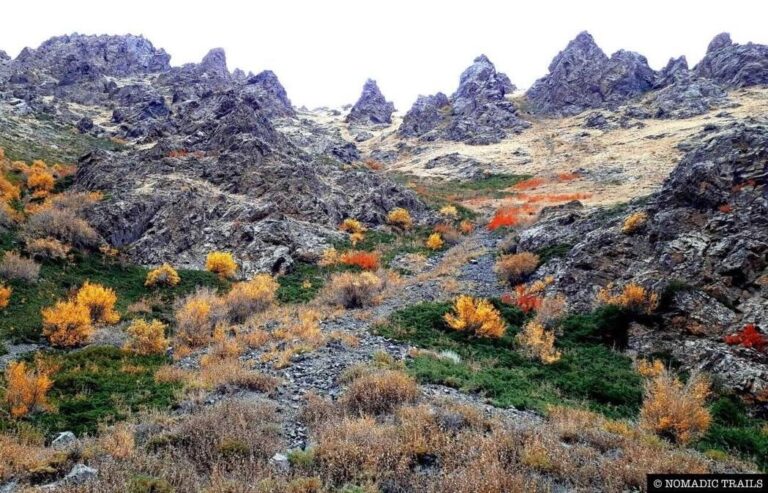 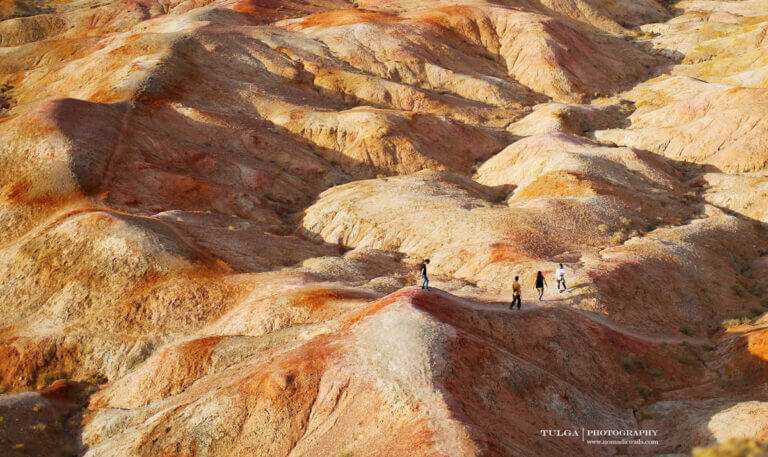 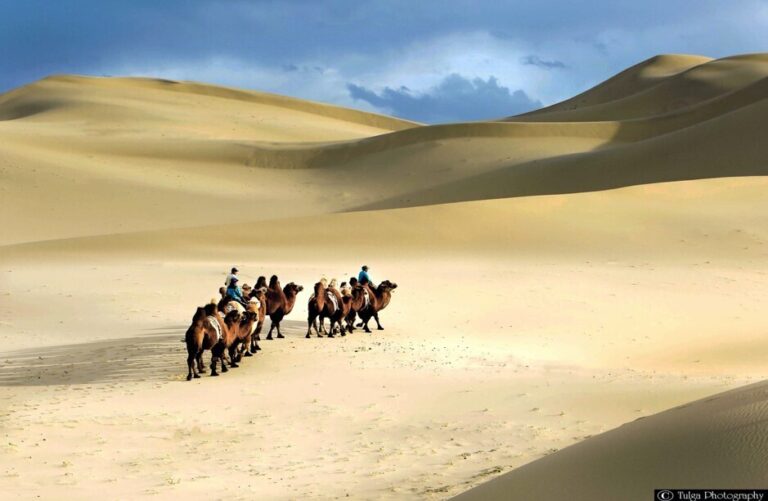 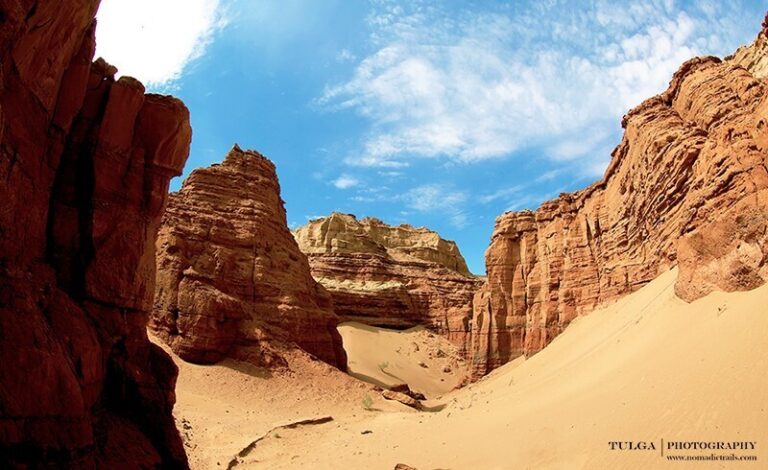 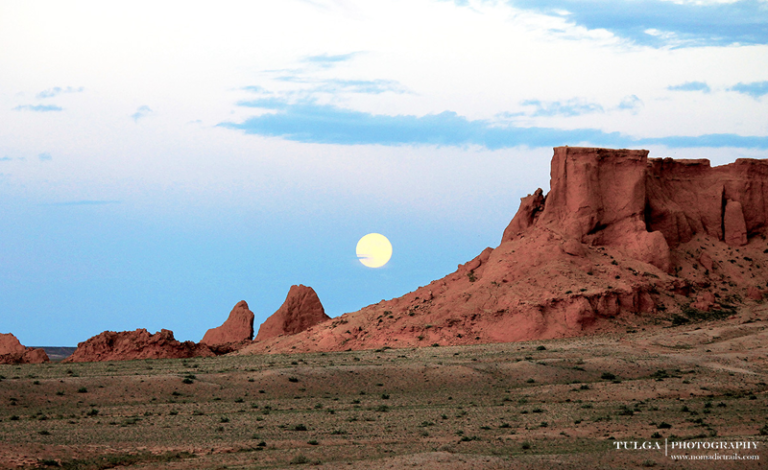 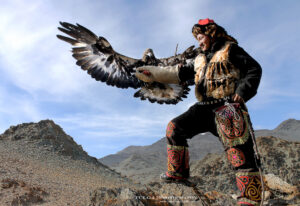 Golden Eagle Festival Mongolia – What you need to know 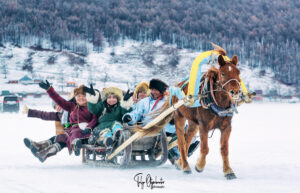 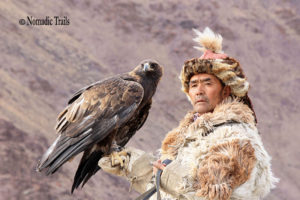 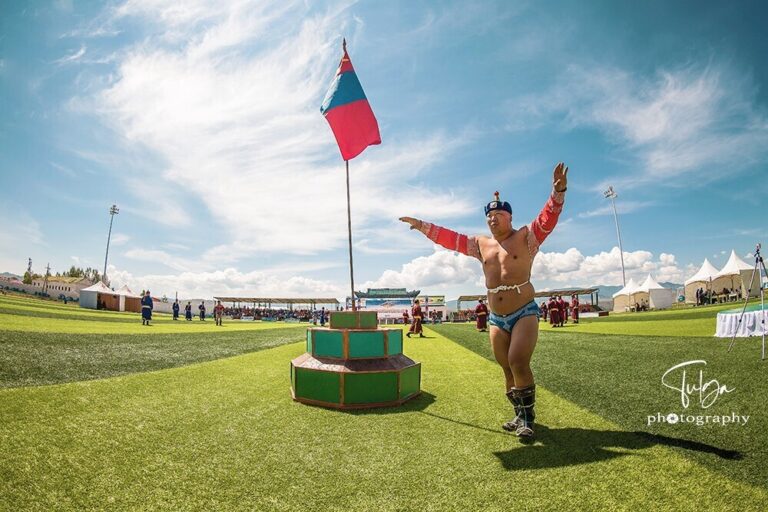 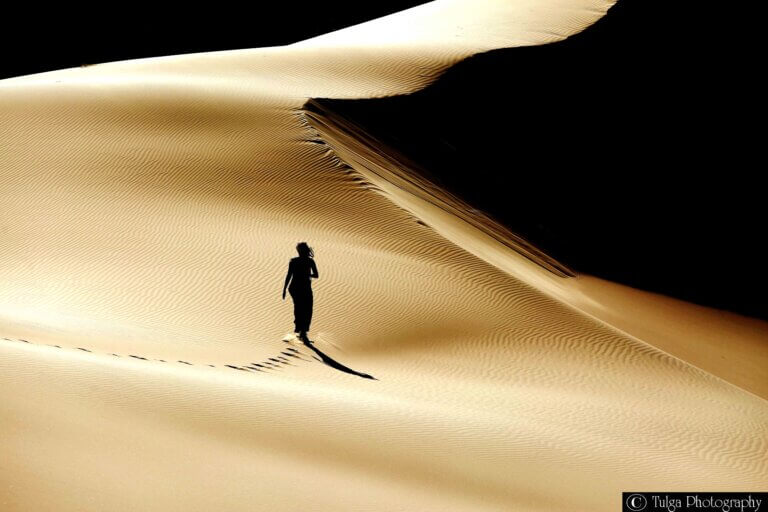 Highlights of this Gobi and Khuvsgul lake tour are the many natural wonders of both Gobi and Taiga and the ancient capital of Mongols, Kharkhorin.